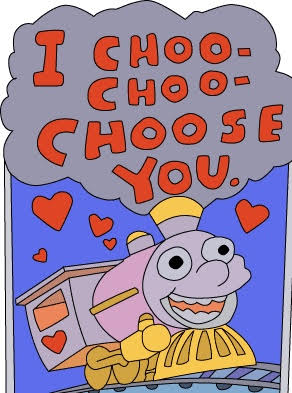 I had a flood of bad news a few weeks ago (lost a writing contest, lost a dream job, lost a guy to his now girlfriend) BUTTTT I had an outpouring of great news recently that totally annihilated my sour mood. There will be other writing contests to go for, dream jobs have been opening left and right, and I’m sure I’ll fall for another man or woman again. Besides, me and him are still good friends and that’s honestly the best option that could’ve happen. I’m actually thankful for those lows because my victories feel so much sweeter than otherwise.

I had my first day of work today and it felt really good. Data entry can be soothing and fun. It’s satisfying to throw out RTS envelopes and watch it accumulate. Plus I loved being productive and out of the house. The office building is so cool and I’m hoping this will turn permanent/full-time, but we’ll see. They want someone outgoing and I’m not sure if I fit the bill. I’ll just do my best and discover where it gets me.

I also got accepted as a tabler for the Betty Zinefest 2017! It’ll be my first time tabling at a zinefest and I’m so excited! I’m gonna represent The Asian American Literary Review which I volunteer for as the Head Event and Donation Space Coordinator for their “Open in Emergency: A Special Issue on Asian American Mental Health“. So I’ll have that issue and others and I think I’m gonna ask a friend if she wants to sell hers as well. Moreover, I want to create my own zines. Specifically, from public responses to posters I hung on the wall at the AAWW Pop Up at the Newark Art Open Doors Citywide Festival last year. Here’s the first draft for People. I plan on making the other zines that share what themes and places people wanted to read, as well as a fourth zine that gives an introduction, a thank you, and some blank pages for readers to fill out and submit. I’m not gonna sell it since the public wrote it, and it’ll come in an envelope I’ll decorate. And at the Betty Zinefest I’ll have clipboards where people can write what they hope to see in terms of…. yeah I haven’t thought of any solid concepts yet lol.

I want to make the zines in time for the Freedom APA mailing but that’s due before September 1st. It’s an amateur press association where members are required to send their handmade ephemera to be mailed. So I’d need to make 20 copies and send it out. I hope I can do it, it’ll help me feel better post hopebreak. I had a really good conversation with that breaker tonight, but I did admit I get sad sometimes still. But the moments lessen with each passing day and I just have to remember that this was for the best. We’re too damn far from each other. And how cool is it that we can still be close? Or maybe it’s a bad thing, I have no idea, I’ll deal with that blow up when it occurs lol.

It’s also less than a month away to my reading. The first one I’m hosting and it’s titled “Eileen’s Fortune Cookie Reading” haha. So I enlisted my Asian-American writer friends + my favorite manang to join a secret facebook group, where I had each of them select their own fortune from the dozens I’ve amassed over the years. And from there they can write their work (monologue, spoken word, comedy routine, comic, short story, etc.) based from the entire sentence, a phrase, character, translation, number, a word. Just as long as it’s performed in five minutes or less and we can see the connection, even if they completely subvert. 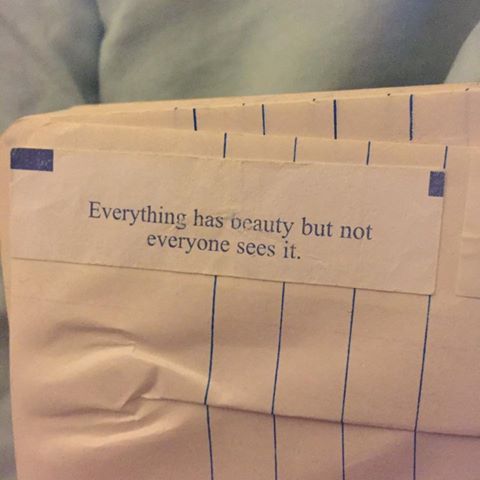 I’ve had this idea for awhile now– I want to write a list of mundane things that can be seen as beautiful. Some I’ve thought of are a stop sign, the grayed out bubble ellipsis, and dammit my friend Ahnnie thought of the GREAT one which is our breaths during winter. I’m so mad I didn’t think of that one lol.

The reading will take place on Saturday, September 9th, at 3-6PM and at Berl’s Brooklyn Poetry Shop. Truth be told I won the reading during an auction run for Belladonna*. And it’s worth every penny, there’s something about organizing and making your own dream real that makes worries drift away. I’m growing a lot and becoming more creative because of it. It’s been interesting organizing and I actually commissioned one of the readers to create a poster. I got a free poster from a printer during last year’s holiday season and I want to cash that baby in haha. I want my friends to sign it so I can treasure it always. Hopefully I’ll get to do another reading, it would be fun if the fortune cookie was a series. But first let me get through the pilot run haha.

I also have to get going with the Writing Challenge by The Sketchbook Project:

We’re calling creatives of all ages, backgrounds, and skill levels to explore the relationship between two contrasting, intertwining, and increasingly prevalent ideas: Hope and Fear. In filling one of our special-edition lined sketchbooks, we hope that participants will have a constructive outlet for both of these emotions, and are reminded that their voice matters!

Neat right? I bought two lined sketchbooks with the intention of writing one in the voice of Regina Cordova, my protagonist that’s a fictionalized version of me (as fear), and another as myself (as hope). They’ll both have ephemera and every corresponding page will have a shared element. I have to figure out the placement of Regina’s voice, as in is she pre-psychotic breakdown, during, or post? I think I need to reread the monologue, the dialogue between me and her, the comic descriptions, and the chapters I have so far. It’s about time I delve into her world again. I’ve been talking about it too long to leave it neglected.

In any case there’s 64 pages I have to fill up, plus the covers. I only have til August 31st to get it done and I really want my spreads to be in the catalog. The pages are kinda small so I think I can do this. I’m still compiling the shared elements list but things don’t usually go to plan.

That’s when it gets truly dynamic.

There are other dreams I’m trying to make true, but I think I’ll save it for another day. I feel like I’m truly hitting my stride, but I think this is only the beginning. I’m starting to believe in my future, like truly believe I can remain this stable and happy. Maybe even more so. I have so much to offer and I’m so happy I’ve finally realized that.

I’ve got a lot of growth ahead of me and hopefully I’ll keep you all posted here.

Thanks for joining me,

Queer Pinay American, twenty something writer with a chip on her shoulder and a heart of gold. *looks off into the distance* View all posts by eileen